“I AM A COMPOSER-VIOLONIST AND I EXPRESS ME IN THE STYLE I CREATED: THE ‘GUITAR WITH VOICE’!” 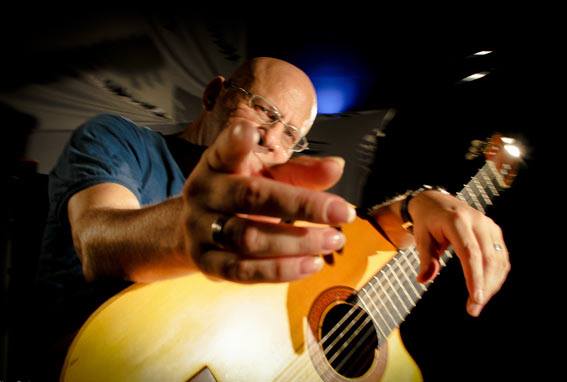 Was born on February 16th, 1964. He started his career as a drummer (from 6 to 16 years old), later playing the recorder (from 12 to 14 years old), the guitar and singing. He currently sings and plays the 6 and 7-string guitar, viola caipira (hick viola), as well as the Hawaiian ukulele. Starting as a self-learner, he learned to read and write music at the Guitar Course by the Uruguayan guitarist Isaías Sávio. From Uruguaiana, southern Brazil (border with Argentina), his music is influenced by his country’s musical geographies, as well as several genres around the world, especially focused on his creative process called Guitar and Voice.

Having released four albums (Cimbalê, 1998; Identidades, 2002- with the Swiss acordeon player Olivier Forel -; Percussìvé or A prece do louva-a-deus, 2007 and Tamburilando Canções – Felipe Azevedo – Violão com voz, 2011/12) result of awards in incentive projects, such as Petrobrás Cultural, Funarte, and Fumproarte, Felipe Azevedo had his songs recorded by Monica Salmaso, Angela Jobim, Adriana Marques, and others. He produced soundtracks for films/documentaries, such as “Aos Grandes Mestres – Danúbio Gonçalves”, and for awarded plays and dance shows like “Lixo, Lixo Severino” (Contemporary Dance) and “A Casa” (Flamenco Dance-Theater). 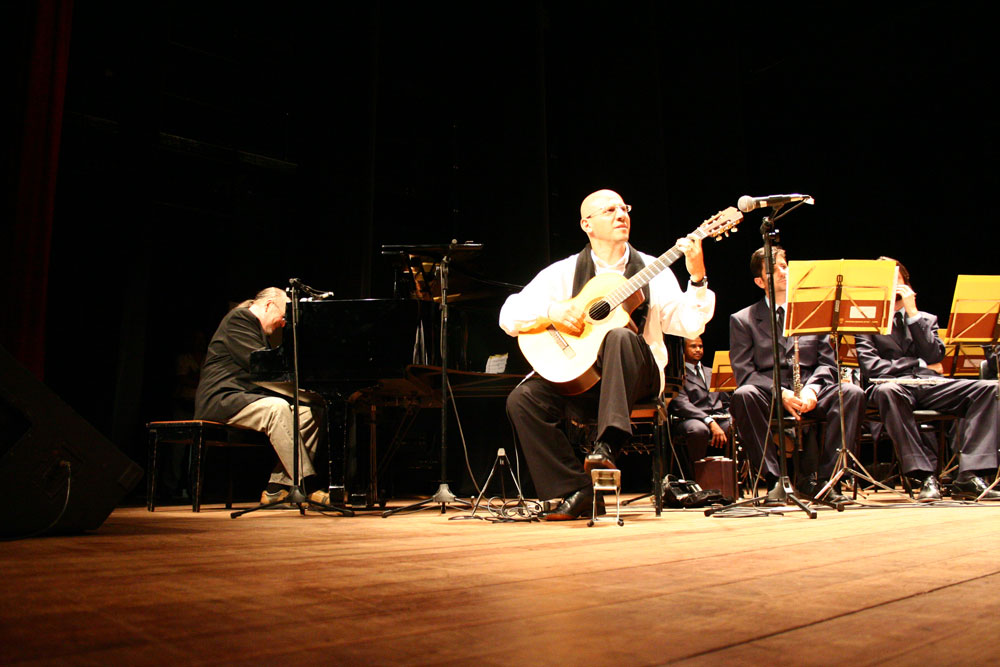 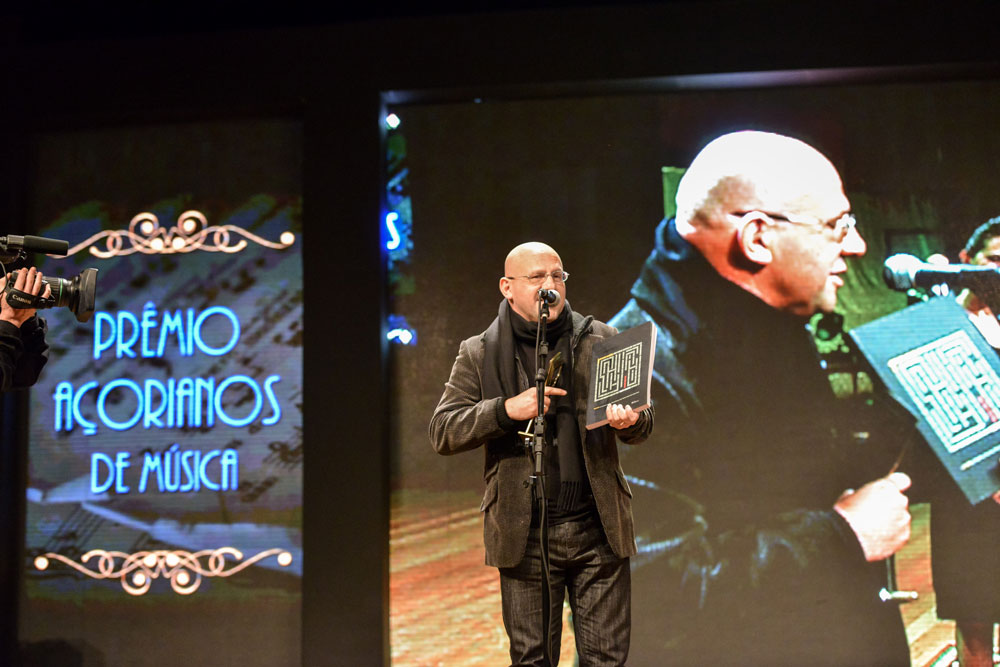 Master in Languages from the Universidade Federal do RS (UFRGS), he is a specialist in Education (FACED-UFRGS) and has a degree in Music (Centro Universitário Metodista – IPA) and Languages (PUC), as well as a Bachelor’s degree in guitar playing (UFRGS).

He shared the stage with artists like Guinga, Hermeto Pascoal and Ulisses Rocha and was the guest solo musician and songwriter at the concert with the Orquestra de Câmara do Teatro São Pedro (OCTSP) in Porto Alegre and the Banda Municipal de Porto Alegre (Projeto EncontraBanda). 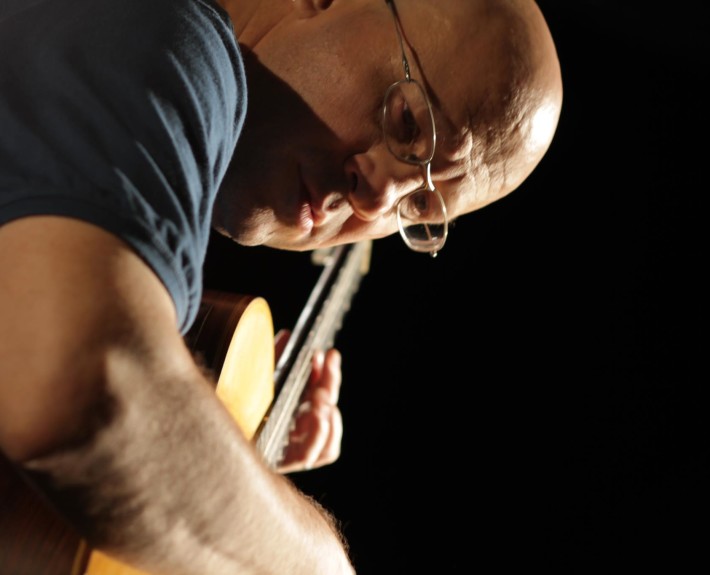